Why I became a Humanist

We’ve asked some of our members to share their stories about why they decided to become a Humanist or join HSGP. Here’s what we heard back. Click here if you’d like to share your story. I was raised on a farm in central Iowa. My parents were both from strong, fundamental, and active Protestant traditions in which they believed wholeheartedly. Family life for me was a very loving environment, but it was also entwined with religious activity. We had prayer at every meal, daily devotions, bedtime prayers plus at least two religious radio programs daily. Every Sunday we attend Sunday School, Morning and Evening Services, and Youth Group. In addition to all this we attended Billy Graham films, participated in or attended “gospel sings,” went to Revival Meetings, and attended evangelical (“soul-winning”) summer youth camps. The first “crack” in my religious shell occurred in my early teens when I began to notice that neither my prayers (nor anyone else’s) seemed to reach any Higher Being or get any real results. I began to think that anyone who believed in prayer was either fooling themselves or trying to impress others.

I graduated from my one-room country schoolhouse after the 8th grade. Fortunately, I was bussed to a High School in a college town nearby. My biology teacher was great and taught evolution without apology. From that point forward I accepted evolution without question although I had to rationalize to make it fit my Bible-believing Christianity. I later attended an out-of-state university where I hoped to become a bit more worldly. But, I soon discovered that my lack of other social skills limited me mostly to Christian groups and so I was pulled back into that lifestyle. In college I started directing church choirs on a professional basis. As a senior I became President of Intervarsity Christian Fellowship—a somewhat more moderate “evangelical” group. I also married a Baptist girl that I had met in one of my church choirs.

Through the following 40 some years I played the mainline moderate Christian role. I continued as a part-time minister of music and/or choir director. I think I would now label myself then as a “Smorgasbord Christian” or a “Christian Agnostic” i.e., taking the parts I liked and setting the other stuff in a drawer. During this period I heard a couple thousand sermons and thousands of Bible readings. Finally, the “game” became harder and harder to play because there was no internal belief left in me. I had to fess up to being intellectually dishonest. I resigned my church membership in 2008 and became a member of the Humanist Society in 2009. Becoming a non-theist takes a lot of social courage when you come from a background such as mine. Actually, I don’t think my stance in adult life was all that unique. I dare say that there are thousands of intelligent, agnostic Christians out there who find their current social settings just too comfortable to leave. Hopefully, the non-theist community can “get the word out” as we gain in numbers across the country. Agnostic Christians need an alternative community in order to make the bold move to non-theism. Here’s hoping!

I think the death of my maternal grandmother was the beginning of my journey toward rejecting religion.  Why did this wonderful, nurturing woman have to suffer a life of an unhappy, arranged marriage and heart and kidney failure?  After her death my mother forced me to go to church every Sunday and light a candle for her mother.  It got to the point where I just couldn’t take it anymore and stopped going to church altogether.  I was 18 years old.

Beginning in my preteens, I watched every TV program having to do with science fiction and documentaries on anything related to science, technology and medicine.

The “birth” of the Hubble Telescope opened up a whole new universe for me, literally.  If it is possible for a person to be head-over-heels in love with an inanimate object, this my feeling towards the Hubble.  I might even be inclined to say that I “worship” the thing.

I used to think that astronomy was just looking at the stars and identifying the constellations.  Wow, was I ever wrong!  Stars, galaxies, nebulas, black holes, pillars of creation, neutron stars, dark matter, dark energy, antimatter, quasars, supernovas, the list goes on and on.  The more I learn, the more I want to learn and the more questions I have.  It’s absolutely exhilarating!

In another twist of my evolving non-beliefs, I was listening to sermons in church and watching people pray to plaster statues while I was looking at the live plants arranged at the altar and praying to nature.  Slowly, I began to theorize that God is in nature, indeed is nature.  The mysticism I was hearing just didn’t jive with the reality I was witnessing in the world.  How could a loving benevolent God be allowing so much strife and suffering to occur to all the living things he loves in the world he created?  More and more I began to think, where does all the supernaturalism and mysticism of religion fit into all of this?  Nowhere I can think of.

I apparently was born with the ability to reason, to analyze situations, to find solutions to solvable problems, to be a free-thinker, to see events as they really are and not as I think they should be.  Eureka – I’m a critical thinker!

Religious beliefs are so deep-rooted in the psyche of the general human population, that I don’t foresee any earth-shattering changes in the blind faith shared by all believers.

My childhood was not a very pleasant one, so I built emotional walls against being hurt by people.  With the help of some psychological counseling, I came to realize that my feelings and emotions are valid and I’m entitled to them.  I also realized that the same holds true to everyone and began to become more sensitive to, and accepting of, people.  Ah, the dawn of Humanism on my narrow little mind.

Upon entering my 30s I was becoming more sensitive to the homelessness and abusive situations of animals.  As a long-time volunteer with animal welfare agencies, I’ve become aware of a growing need for pet parenting education.  In my opinion, pet and child parenting are one and the same.  My concern for animals has helped me become more sensitive to some of the problems faced by people.

After having subscribed to Free Inquiry magazine for many years, I decided to search for a Humanist organization in the Phoenix area.  I found HSGP on line and went to a meeting.  I was so impressed by the camaraderie and the speaker that I immediately joined the membership.   I have become extremely involved with the organization, becoming the Membership Chairperson and now am a board member at large.

Humanism has given me a true, caring family. 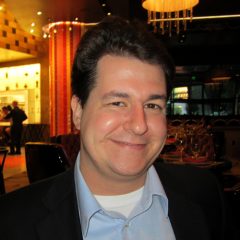 Hi there, I’m Chris and I joined the Humanist Society of Greater Phoenix some years ago. I wasn’t always a Humanist as I had grown up Roman Catholic and this was the first experience in my life with a group that called themselves Humanists. What was it? How was it different from the religion I knew? What do they believe? Why? What do members get out of it?

I learned from other members and the accessible leadership that Humanism embodies an intellectual approach to good decision-making and marries it to making a real difference in the world through works of charity and kindness. It’s a community for people, like me, who desire good friends and good times in a world that doesn’t always appreciate “nones” or people without faith.

I didn’t chose to become an atheist. One day, I realized that I was an atheist. There are no atheist churches but HSGP fulfills my needs for community and altruism.

After de-converting, I had made up my mind that I didn’t want to belong to a church. That was one way I could think of to avoid getting pulled into a religion again. HSGP is more than a building, it’s a family that looks after its own and not in just words alone, but in works and deeds. Yes, HSGP offers services traditionally handled by churches, but religion doesn’t own the community-building component of life. Humanists, agnostics, atheist, and freethinkers deserve their own communities and I’m so happy that all are welcome here at the Humanist Society of Greater Phoenix.

I have never met a more noble, intellectually honest and consistent group of amazing people in my life and I am so grateful for all of the work they do to support the community and the well being of the Phoenix area. If that sounds good to you, please join us. We’d love to have you in our community.

Do you have a story you’d like to tell? Tell us about your journey and we’ll consider it for posting to this site! Thank you so much!