Peace and Social Justice are part of our values. It’s the responsibility of all Americans to stand and fight the systemic racism in American society and the police brutality that is engendered by that systemic racism. 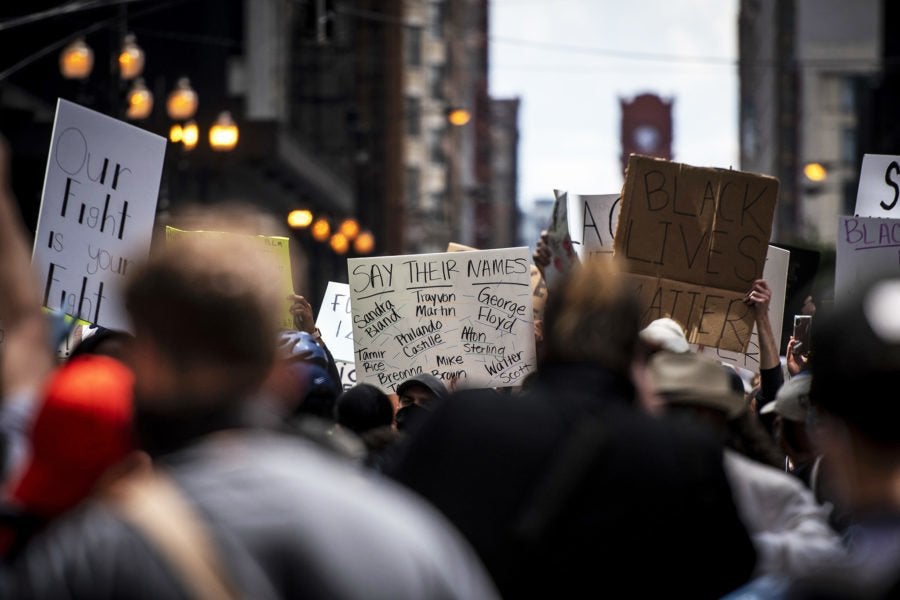 (We will gather in the parking area behind the Humanist Center. Park one block north or one block east. Masks required. Observe social distancing as much as possible. Bring water.)

On Friday 6/5/2020 we will come together to give voice to outrage and peacefully protest against the continued persecution of our black brothers and sisters at the hands of an unjust system We advocate for social justice, equality and a recognition of our shared humanity. The time to stand together is now. Black Lives Matter.

We advocate for the Obama Foundation “Obama.org” call for each US mayor, (and AZ mayors!) to sign The Mayors' Pledge to introduce common sense limits on police use of force.

“These eight can’t wait” from the The Police Use of Force Project which illustrates how policies often fail to include common-sense limits on police use of force, including:

But justice won’t be served by that alone. America also needs:

1 - A Department of Justice “George Floyd Police Misconduct Division” with a $6 billion a year budget, hiring thousands of federal agents to investigate police misconduct, and have Val Demings (a black Congresswoman from FL-10 who was Orlando’s Chief of Police) to lead it.
2 - Training and Education to retrain our officers NOT to “shoot to kill” within the first 3 seconds.
3 - Demilitarization and replacing with intermediate weapons and non-lethal approaches to slow down life or death decision making.
4 - Community-based policing, civilian input and oversight
5 - Body cams and transparency with local accountability
6 - Specific outreach programs to promote Officer diversity
7 - Decriminalize marijuana use, releasing non-violent offenders from prison and expunge their records.
8 - A shift from a punitive, mass-incarceration prison system to a restorative justice system. 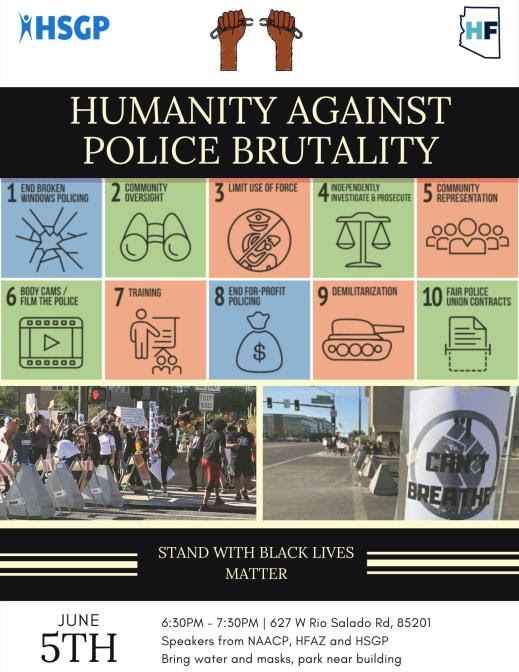 Please help us and let your friends, colleagues and followers know about our page: Humanity Against Police Brutality

You can also share the below link in an email or on your website.
https://hsgp.org/civicrm/event/info/?id=3548&reset=1
empowered by
CiviCRM